KoreConX was launched by co-founders Oscar Jofre and Jason Futko. The two began KoreConX after Jofre and Futko became involved with the creators of the Jumpstart Our Business Startups (JOBS) Act — the ultimate catalyst to democratize investments and define how companies access capital worldwide.

Jofre and Futko spent years nurturing and assisting a variety of businesses to raise money, grow, list on stock exchanges, restructure and practice good governance. Realizing the private capital markets were fragmented and seeing new laws such as the JOBS Act, spurred the need for an infrastructure solution.

A secure, all-in-one platform to streamline global private company capital markets. The goal, to give small- to medium-sized enterprises (SME) a single location to manage all of their corporate records, funding, investors and investment brokers so they could efficiently take advantage of innovative new capital-raising opportunities.

KoreConX eliminates organizational problems because it is built upon the philosophy that corporate information, financial documents and company knowledge can be more efficiently contributed, managed and distributed to all parties involved with corporate financial matters.

KoreConX combines the ability to manage corporate and financial records, deal room and transaction support, board management activities, stakeholder reporting and a communications platform in a single, easy-to-use interface that expedites deal preparations, decision making and investment management. All aspects are managed in a secure, auditable yet accessible platform that provides oversight and control to ensure all fiduciary responsibilities are completed and compliant.

Paul Niederer is one of world’s leading authorities in equity based crowdfunding, investor aggregation and the emerging trust based blockchain driven systems relative to capital raising. He has personally been involved with, and has successfully assisted, 92 companies to raise capital.

His “Fundability Circles©” process has been performed live in Europe, America, South Africa, Asia and Australia for entities wishing to raise capital.

With the intense interest worldwide in EquityCrowdfunding Platforms, and Collaborative Funding Platforms Paul is involved in consulting to a number of parties on how to structure their funding por- tals, processes and regulations to have successful raises with a fair deal for investors and stakeholders.

Paul has had extensive experience in managing both accredited and unaccredited raises with both investor types often in the same raise. Internationally he is known as “Mr Governance” due to the fraud free reign he managed while day CEO of ASSOB, the world’s oldest equity crowdfunding platform. He as spoken in minimising fraud in equity based crowdfunding transactions a number of times.

Paul relishes the opportunity to discuss peer to peer finance developments and any moves towards the democratisation of capital.

Following a lengthy tenure at Citibank as an executive lending manager, Michel started his own finance broking business in 1997, before starting his own real estate firm in 2010. Michel was offered a position of business development manager for the Australian Small Scale Offerings Board (ASSOB) in 2014, assisting small to medium enterprises (SME’s) including start-ups raise capital for business expansion. Michel has extensive experience in sales and marketing and business development and is passionate about helping others succeed. He lives by the principal of King Solomon who once said "you can get whatever you want out of life, provided you help enough people get what they want first"

Gittan Niederer has run several customer service and fulfilment businesses in both Australia and Sweden. All of these businesses had one thing in common. Keeping customers satisfied so they got exactly what they wanted when they expected to get it. This requires a focus on meeting and often exceeding customers expectations. The businesses have ranged from baby products distribution, information fulfilment centres, CD & DVD Duplication Services and flight services scheduling. Gittan brings her excellent planning, scheduling and customer service skills to KoreConX.

Jofre is one of the top 10 global thought leaders in Equity Crowdfunding, a Top 10 Fintech & Blockchain Influencer and a Top 50 InsureTech Influencer. Prior to co-founding KoreConX, Jofre founded SaaS-based, multilingual translation portal, BabelFish Corp. where he led a team of more than 135 individuals to provide multilingual solutions to 7,600 contractors around the world. He was awarded the Vision 2012 Businessman of the Year by the Toronto Hispanic Chamber of Commerce and is a globally sought after speaker on the topics including equity crowdfunding, blockchain, FinTech, compliance, shareholder management, alternative finance and RegTech.

Jonathan Heymann began his career in the financial services industry working at Spectrum United, a mutual fund company. In 1999, Jonathan joined the Ontario Securities Commission and within two years became a Supervisor in the OSC Contact Centre, where he developed a broad knowledge of the Capital Markets in Canada and particularly the role of compliance. In 2007, Jonathan started Wychcrest Compliance Services Inc. to provide consulting services in compliance and registration for all categories of registration.

Jason Futko is co-founder and chief financial officer for KoreConX. Prior to KoreConX, Futko co-founded Crowdfunding Alliance of Canada. In addition he was managing director of an Exempt Market Dealer and Chairman of a public investment vehicle in the United Kingdom. Jason has vast experience in financing businesses globally. He has extensive knowledge of international know your client (KYC) and anti-money laundering (AML) regulations.

Edwin was a partner in an international boutique corporate finance house for over 15 years. He managed the corporate finance house’s Dubai, Hong Kong and Shanghai office during this period. Recently, Edwin has been involved with the financing, as well as consulting and helping Start Ups together with Small, Medium Enterprises prepare for capital raising efforts in Dubai. Edwin has extensive experience in sourcing, negotiating and managing cross-border transactions covering jurisdictions including Middle East, North Africa, South East Asia, India and China. He has previously been on the Board of Directors and been Chief Financial Officer for various private and publicly listed companies in North America and Asia, covering industries in hospitality, mining, biotech & pharmaceutical, infrastructure, information technology and real estate.

Kiran Garimella, Ph.D., is the chief scientist and chief technology officer at KoreConX, leading the strategy and development of blockchain and machine learning solutions. A sought after speaker and author, Kiran has more than 25 years experience in information technology, consulting and financial services. Previously, Kiran held roles such as global CIO and chief architect at a General Electric company and vice president and chief evangelist for BPM at Software AG. He is also an advisor to the Alliance of Merger & Acquisition Advisors and the MidMarket Alliance, principal founder of iKnowCentral and co-founder of CognitiveWorld.com.

Elizabeth is a management graduate and has vast experience in working with reputed financial services companies in India. She is familiar with Indian Capital market and Portfolio Management and she worked as Investment Advisor at HDFC Securities and Kotak Securities. In 2016, Elizabeth moved to Canada, where she took a diploma in Accounting and Payroll Administration. In 2017, Elizabeth joined KoreConX.

Father of the JOBS Act, stock market expert and Vice Chairman of NASDAQ. Weild is currently the Founder, Chairman and CEO of Weild & Co. Inc. 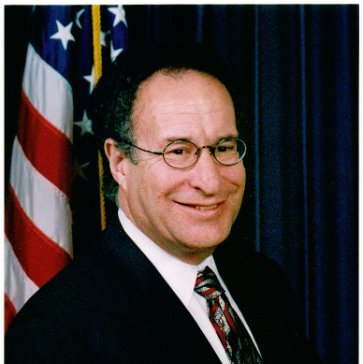 Howard has more than 30 years of experience as a financial services professional. He is also a ETF pioneer, a best selling author, a NFP, a private and public company director, and a cryptoasset executive. 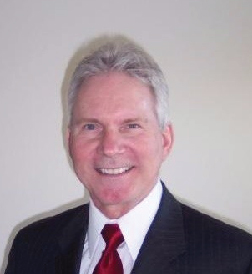 Rick Klink is a technology specialist with over 20 years of experience in the Financial Services industry.

He gained a bachelor’s Degree in Electrical and Computer Systems Engineering from Monash University in Melbourne (1982-1986)
He joined Monash Infantry Regiment – Australian Army Reserve in 1983. He graduated from officer training school and received his commission in 1986.

Initial employment was with IBM Australia as a Computer Systems Engineer. Management roles followed in the engineering, consulting and sales/marketing sides of the organization, rising to Executive level. Employment was performed in both Australia and offshore locations.

He was awarded the IBM Golden Circle award in 1996, one of the highest forms of recognition within the company globally.

Rick then went on to found Paritech (2000). Paritech is a Fintech company providing trading and investing technology both in Australia and globally. Paritech was part of the development team that built Comsec’s sharetrading platform (ProTrader).
Comsec is Australia’s largest StockBroker with over 1.5 million clients.

In 2013, Rick co-founded OpenMarkets, an independent Australian StockBroking firm. Rick was CEO until 2017, then moving to CTO and Executive Director role. OpenMarkets now has a turnover of approximately $4Billion per month and Assets on platform of over $1.5 billion.

In 2018, Rick and his team founded Malta Digital Exchange, a Securities Token Exchange regulated in Malta.

Author and faculty member at USF and COO of The Apollo Group. Dr. Conway has previously served on the faculty of Notre Dame, Northwestern University, Indiana University and Virginia Tech -- research includes blockchain and IoT. 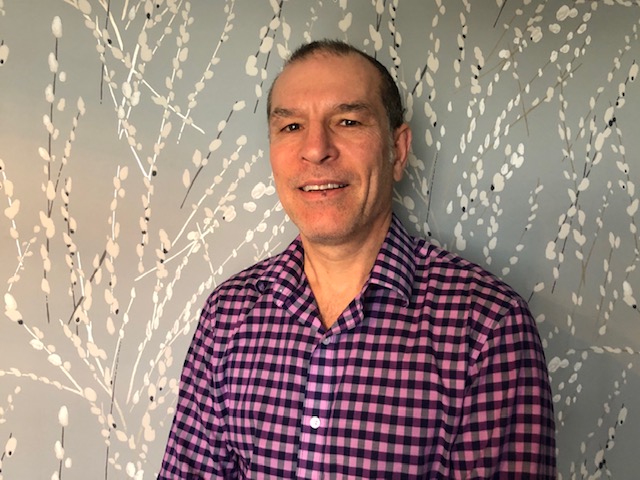 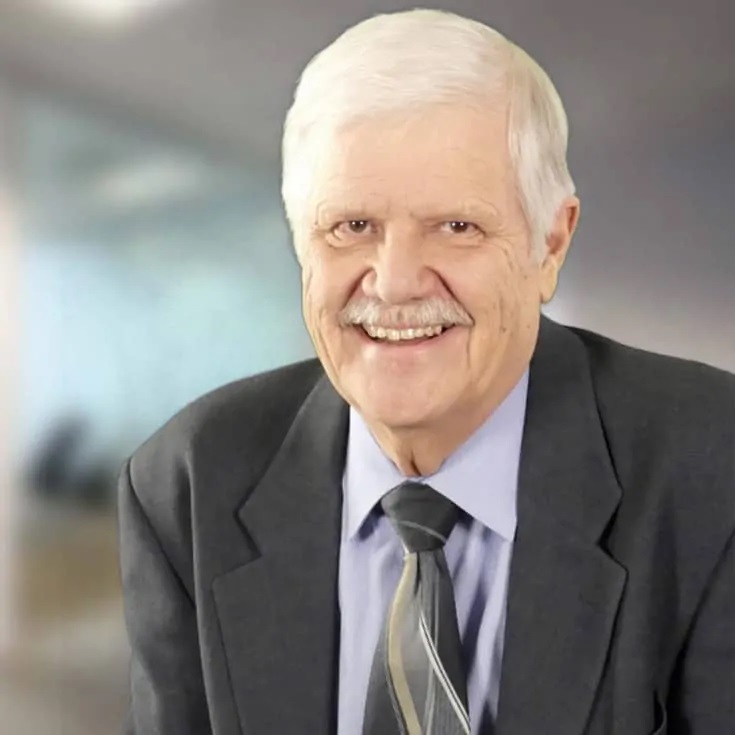 More than 25 years experience working with SME’s in the technology space, Marruzo is currently a director and advisor to a number of companies.

Matt is an Advisor with the AML Shop. He is an internationally recognized expert in anti-money laundering and counter-terrorist financing. He has been assisting financial institutions to assess and reduce financial crime and related regulatory risks for fifteen years. He has served as an advisor to Canadian and foreign governments on development of their laws and financial intelligence functions, and a consultant to the UN office on Drugs and Crime. Matt's current project involve leading a large-scale regulator-ordered KYC remediation exercise at a global investment bank; the alignment of FINTECH initiatives with Canada's new anti-money laundering legislation for a big-4 bank; and an engagement by a law firm to assist with the defence of a significant administrative monetary penalty.